The Last Frontier to Conquer for Human Rights:

Mikey called frantically saying, “Shea has been shot.” A brief time passed, and Mikey calls back, “Mom, she didn’t survive the gunshot wound.”

The Atlanta Police Department (APD) was called to respond to a same-sex domestic disturbance.  Shea barked at one of the officers.  APD drew his gun and shot Shea to death.

I wonder if Shea, mixed Labrador and Pit Bull, was killed because of APD’s fear of dogs; or fear (hatred) of gay (same-sex) couples.  I typically carry no affection for animals; because dogs were often sic’d on us walking through white neighborhoods on our long walk to school.  Also, my older sister was bitten by her white boss’ dog, and my daddy had to get off work to take her to the clinic to be treated.

But, I loved Shea and Shea loved me – she never knew her weight, so when I would come visit, she would pounce on me like she was the size of an infant, leaving my thighs covered with marks and bruises. 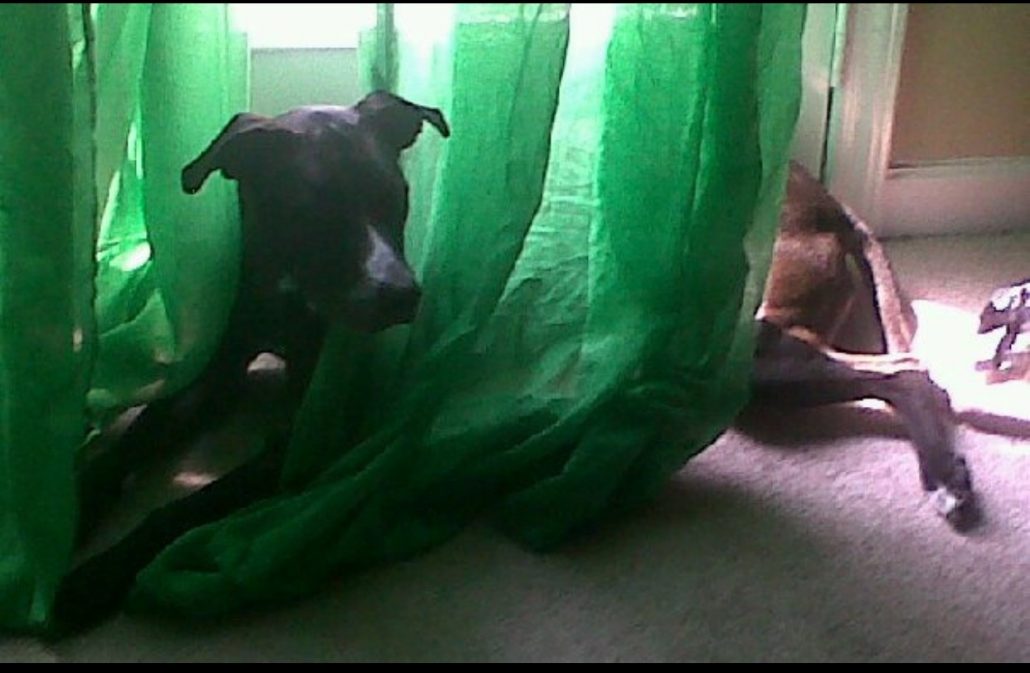 On a separate occasion, I was jogging with a neighborhood friend.  He said that he would attend Tabernacle Baptist Church of Atlanta (100% LGBTQIAA congregants) only long enough to drop off his tithes: “Sister Meredith, no way am I going to stay for the entire service because I don’t want that gay to jump off on me.”  I pondered how this would work, since his straightness was surely not jumping off on anybody.  I assured him that being around gay people wouldn’t make him gay – but he held firm to this homophobic conviction.

Last week, The Gay Star News reported that, “Pastor Steven Anderson celebrated the murder of 49 people at Pulse nightclub in Florida in 2016, saying the victims were ‘pedophiles’.   The Southern Poverty Law Center describes his Faithful World Baptist Church in Tempe Arizona, US, as a ‘hardcore’ anti-LGBTI hate group. Pastor Anderson hopes to travel to Jamaica from 29 January to 3 February and already has people organizing for him to speak in schools there to support the practice of stoning LGBTIs to death — homosexuality is already illegal on the Caribbean island and Jamaicans fear his visit will stir up more hate and fear of LGBTIs.”

A well-known Christian pastor and theologian, the Reverend, Doctor Peter John Gomes, past Plummer Professor at Harvard University’s School of Divinity and past Pusey Minister of Harvard’s Memorial Church, says, in his New York Times Bestseller, The Good Book: Reading the Bible with Mind and Heart, Part 2: The Use and Abuse of the Bible, Chapter 8: The Bible and Homosexuality: The Last Prejudice, “ … a notoriously homophobic Baptist preacher Fred Phelps, pickets the funerals of gay men dead of AIDS with the sign GOD HATES FAGS … Nearly every person who acknowledges an aversion to homosexuality does so on the basis of what he or she believes the Bible says.” Given, that more often than not, the Bible is used in the case against homosexuality, you would think that the Bible is covered with content and discourse on the subject throughout all 66 chapters. NOT SO, “… the subject of homosexuality is not mentioned in the Ten Commandments, nor in the Summary of the Law (Love God and love others).  No prophet discourses on the subject. Jesus himself makes no mention of it … the word “homosexuality”  itself is an invention of the late nineteenth century and does not occur in any of the original manuscripts from which the English Bible is descended.”  The Bible was not written in English; ergo, it cannot be interpreted accurately without the science of linguistic, cultural, historical, and textual criticism.  Still, the Christian community debates this phobia as vigorously as they debated the legitimacy of chattel slavery (millions of Africans tortured and murdered), the Holocaust (Hitler’s persecution of Jews:  millions of Jews tortured and murdered), and the denial of women’s rights and suffrage.   Ascribing biblical legitimacy and liberty to hate homosexuals fuels violent acts against homosexuals.  Incarcerated perpetrators of crimes against homosexuals have no remorse – these perpetrators believe they are doing God’s bidding — they function as the Apostle Paul did: stoning, torturing, burning, hanging, and persecuting Christian (with the same zealous misinformation) until God struck him down in Damascus transforming his thought.  Pastors, preachers, ministers, and politicians that spew out these venomous lies that the Bible teaches that God hates homosexuals, and AIDS is God’s punishment, and 21st Century same-sex love is a sin, function as the Anti-Christ. We face the last frontier for human rights: dissolving this last prejudice against homosexuals; against LGBTQIAA.

Every American (regardless of race, gender, human sexuality, or faith tradition) is promised the “human right” to life, liberty, and the pursuit of happiness by the Constitution of the United States of America and by God’s law that demands we love “others” as we are loved by God.

I pray God calls and sends (soon) some devout, fearless, out of the closet, living in truth, pioneers and trailblazers to plow through this frontier of ignorance, phobia, and hate, before any more Shea’s are shot to death, before another Pulse massacre is recorded, before any more crimes against human beings are suffered, to dispel hateful dogma and thought, bringing to a screeching halt, the persecution and death of over 6,000 LGBTQIAA souls a year.

Pray with me, for Love to triumph over Hate (Happy Birthday Dr. King).

Whistles heard around the world