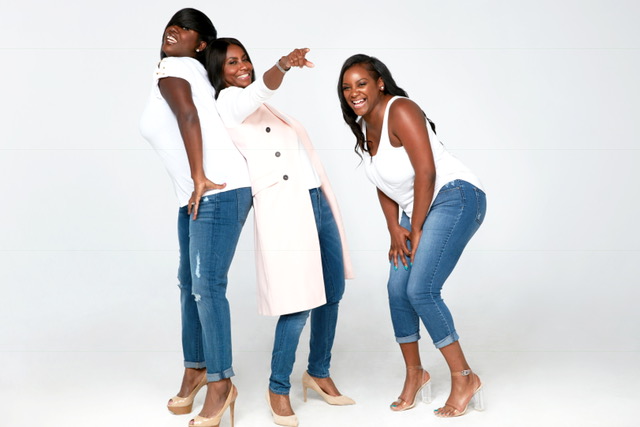 When Will Women and Girls be FREE?!!!

This weekend we celebrate Independence Day. On July 4, 1776, the Second Continental Congress adopted the Declaration of Independence to form a new nation, the United States of America, that declares: “We hold these truths to be self-evident, that all men are created equal, that they are endowed by their Creator with certain unalienable Rights, that among these are Life, Liberty and the pursuit of Happiness.”

Nationally women were granted the right to vote in 1920 (that took decades of protest and demonstrations) –144 years after this bold declaration that was by practice intended for white men only.  African Americans, human beings, were held and treated as property by white men; just as women and girls were– verified by nonsectarian and biblical history.

This societal and faith hypocrisy (that violates human beings by gender and by race) is to this day, over millenniums, justified by toxic theology – just because somebody said the Bible says so.

What is so tragic is that, regardless of race, these atrocities against women and girls are ignored, diminished, and discarded by theologians and clergy who claim to love and revere God.  There are enough Christians alone, to begin a serious faith revolution/movement against those who practice misogyny across the globe.

I recently penned a letter, honoring President Carter, because he said discrimination against women is “a twisted interpretation of the word of God.”  (Theage.com.au News) President Carter used his voice and pen to speak truth to power. President Carter declares, “In my opinion, this is a distortion of the meaning of Scripture. … I personally feel the Bible says all people are equal in the eyes of God. I personally feel that women should play an absolutely equal role in service of Christ in the church.”  In June 2000, the Southern Baptist leaders voted at its national convention that women should no longer serve as pastors.

What honor and courage to denounce a religion held for over 70 years for the sake of human being “equality.” Giving voice to repudiate white supremacist patriarchal toxic theology is long overdue.   I believe, as President Carter does, that “one” of the most serious violation of human rights on earth is the global abuse of women and girls.

Still, the most influential and powerful clergy on the planet, remain silent.

And the violence, discrimination and abuse continues – without even a hiccup.

Rev. Dr. Martin Luther King said, “I just want America to be true to what they said on paper.”  Me too!  Also, I just want to see clergy stand up and practice their ordained duty to protect and save souls.  Women and girls have souls too.

The Bible story often used to justify inhumanity to homosexual people tells the story of Lot, offering his daughters to be raped and violated by an angry and drunken mob to protect his male visitors from the same fate.  I suggest this is a story that amplifies and elucidates the historical practice of societal acceptance of misogyny and crimes against women and girls – not 21st century same-sex love.  What kind of person would offer their virgin, biological daughters to an angry, drunken mob?  The cultural practice then and still now is the acute violation of the human rights of women and girls.

It’s time to end this cross-cultural practice – don’t you think?

It’s time for a faith revolution.

I honor and celebrate, Mrs. Alexandria (Alex) Nichole Meredith, the most recent addition to my family. On January 1, 2017, Alex married my youngest son, Eddie Andrew Meredith. Despite Eddie fathering 3 children, Alex with no children of her own, and an aspiring lawyer, opened her heart and their home, as step-mom. Since their marriage, Eddie has found fulfillment and success building a youth ministry and starting his own business, Bud_Chef. Encouraged by Alex, Eddie is cultivating an extraordinary culinary gift (like his granddaddy who was a Chef for over 60 years). I am so thankful for Alex and what she has added to my life.

I especially honor and celebrate, Mrs. Janelle Elizabeth Johnson-Meredith, the elder mother, that came into my life in 1999 during her Sophomore year at Spelman College. Her parents par excellent, (Mr. Fred Johnson and the late Mrs. Diane Johnson), planted the deep-rooted seeds of God’s love in her DNA. She came humbly as a volunteer, but her ethic for her inspired assignment was blazing fire and still burns. I taught her everything I knew about business and she became the best director ever of Beacon of Hope’s Renaissance Learning Center. She served devoutly her church and community while attending one of the most prestigious schools in America, mastering with ease the rigor of a mathematics curriculum. God smiled when my son, Dennis Taylor Meredith, married this virtuous woman of God. My three grandsons from this union, enjoy a family life that makes them constantly smile, and laugh, and thrive. She extends this love and experience to the younger moms and step-moms of my grandchildren — she is the pediatric encyclopedia. To me, she means more than she can ever know. As the picture depicts, she has my back.

This month, the month of July, and beyond, let’s start to celebrate and honor the women and girls in our lives. Say thanks, by saying kind words and doing generous memorable deeds.

Christians use the Bible to Cause Death & Harm
Scroll to top